The latest move in the GameStop (GME) roller coaster was a 19% jump in the shares in Friday’s session that wasn’t enough to prevent an 80% slide on the week. While the short squeeze in GameStop and other heavily-shorted names may be abating for now, the factors underlying the action aren’t going away anytime soon. That means regulators’ job is just beginning.

“They have to play massive catch-up,” Mohamed El-Erian, president of Queens’ College at Cambridge University and chief economic advisor at Allianz, told Yahoo Finance Live. “We have done well in reducing systemic risk in the banking system, but what regulators haven’t done well is recognizing risk doesn’t disappear. It morphs and migrates, and it migrated to the non-banks.” 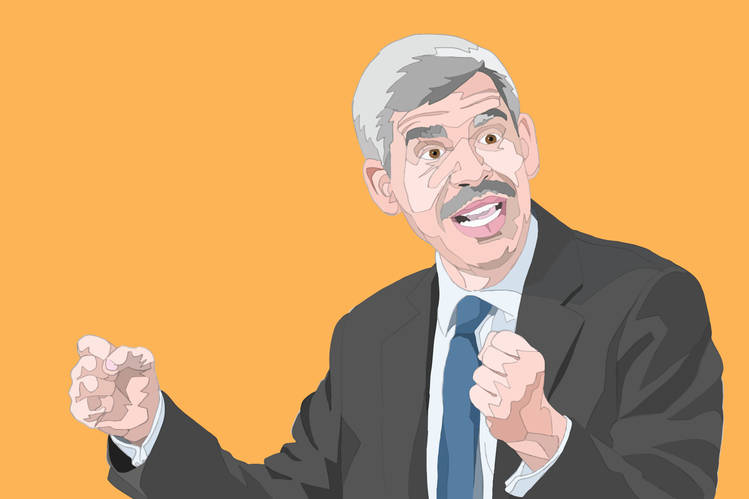 Those non-banks include platforms like Robinhood and other commission-free trading apps, which retail investors used to stage bull raids on GameStop and others. When the platforms were then forced to enact rolling trading restrictions by the trade clearing authority, there was a ripple effect throughout the broader equity market, ending in the worst week for stocks since October. (Stocks since rebounded, with the major averages posting their best weekly performance since November).

El-Erian said while the outburst may have been brief, it sent a signal.

“The biggest signal for someone who’s investing in the market as a whole is that there is a lot of risk-taking, and a lot of leverage. And rightly so, because liquidity is abundant, and the cost of borrowing is so low. But a lot of leverage tends to create excessive risk-taking,” he said. “And therefore, the risk of a market accident goes up. Last week we came very, very close to a market accident — very close. It was avoided through various things, but we came very close.”

The “underlying forces that propelled the uprising” persist, El-Erian wrote in an op-ed in the Financial Times — and could cause more disruptions.

Regulators appear to be in information-gathering mode for now. Treasury Secretary Janet Yellen on Thursday convened a meeting of the heads of the U.S. Securities and Exchange Commission, Commodities Futures Trading Commission, Federal Reserve Board and Federal Reserve Bank of New York. As Yellen said in an interview with ABC, “we need to understand deeply what happened before we go to action.”

That understanding will take time, in part because there are competing constituents, as El-Erian points out.

“You have four competing claims on the regulatory process. One is the protection of the small investors. Two, you have a question of, is Reddit some sort of collusion, some sort of market manipulation? Three, we have questions about the intermediary and hedge funds. Was there collusion there? And four, you have a question of investment suitability.”

Because of the thorny process of teasing all of that out, “I doubt that you’re going to see deterministic action any time soon,” he said.

EXCLUSIVE:AMC just dropped the hammer on every meme stock CEONervous