The Rise And Fall Of Meme Stocks

2021 started with an entirely new phenomenon in the trading world. In January, Redditors in a group called WallStreetBets took on the Wall Street elite and drove up share prices of companies that had fallen out of favor with corporate investors due to weak fundamentals. 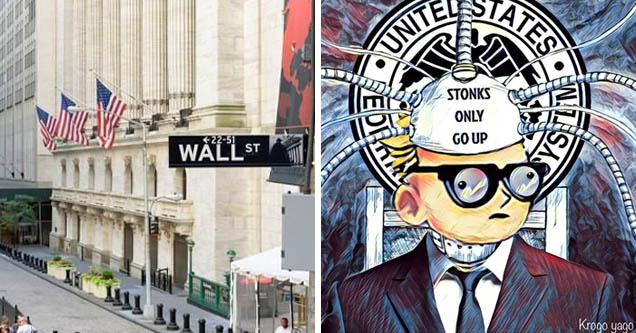 The retail dollar power of this Reddit group, which now boasts over 8.5 million members, was shown when investors purchased shares in one single stock at the same time, forcing hedge funds to cover short positions and causing share prices on the low-float companies targeted by WallStreetBets members to soar.

The event, which lasted a little over two weeks in its entirety, climaxed with the making of millionaires, the ruin of Melvin Capital and a political debate set to last weeks as U.S. lawmakers, the Security Exchange Commission and business celebrities continue to weigh in on the historic event.

The Meme Stocks: The best known of the so-called meme stocks — a buzzword used in trading circles for stocks that are heavily shorted and can therefore be manipulated to prove a point — was GameStop Corp. (NYSE: GME).

Members of the anonymous Reddit community boasted online of massive gains, with one member gloating that he had turned $50,000 into $2 million trading GameStop.

Perhaps the biggest winners in the saga were GameStop’s biggest shareholders: Ryan Cohen, the co-founder of Chewy Inc. (NASDAQ: CHWY), saw his $75-million investment turn into $1.3 billion and GameStop CEO George Sherman’s 3.4% stake in the company jumped in value to over $350 million at its height.

The trick to trading, of course, is buying low and selling high.

GameStop and a handful of other meme stocks were driven by hype. Many Reddit traders were likely unable to perform technical analysis to help guess when the top arrived, which was Jan. 28.

In the following three sessions, GameStop share prices plummeted over 80%, catching many retail traders off guard and wiping out their profits.

One such trader, Keith Patrick Gill, known as “DeepF---ingValue,” lost more than .6 million when shares of GameStop fell Tuesday.

Dave Portnoy of BarStool Sports revealed Feb. 2 on Twitter that he was not immune to the meme stock bubble, sharing that he lost more than $700,000 on stocks such as GameStop and Nokia (NYSE: NOK), which he had pumped to retail only days prior.

Portnoy included a GIF in his tweet of a man with small hands crying in sarcasm, but some of his followers likely lost much of their profits or life savings.

The Aftermath: After the fall of the meme stocks, the WallStreetBets community turned its sights to silver, specifically attempting to target the iShares Silver Trust (NYSE: SLV).

Although shares in some individual silver names saw share prices rise temporarily, the Reddit group was largely unable to impact the price of the iShares Silver Trust because they overlooked the massive amount of volume needed to make it skyrocket.

Since the attempt to heavily impact the price of silver failed, the Reddit group seems so far unable to coordinate another epic squeeze.

Of the most popular meme stocks that were pumped, most had lost their gains by Feb. 3.

A Clear Message from China to OPEC+Nervous